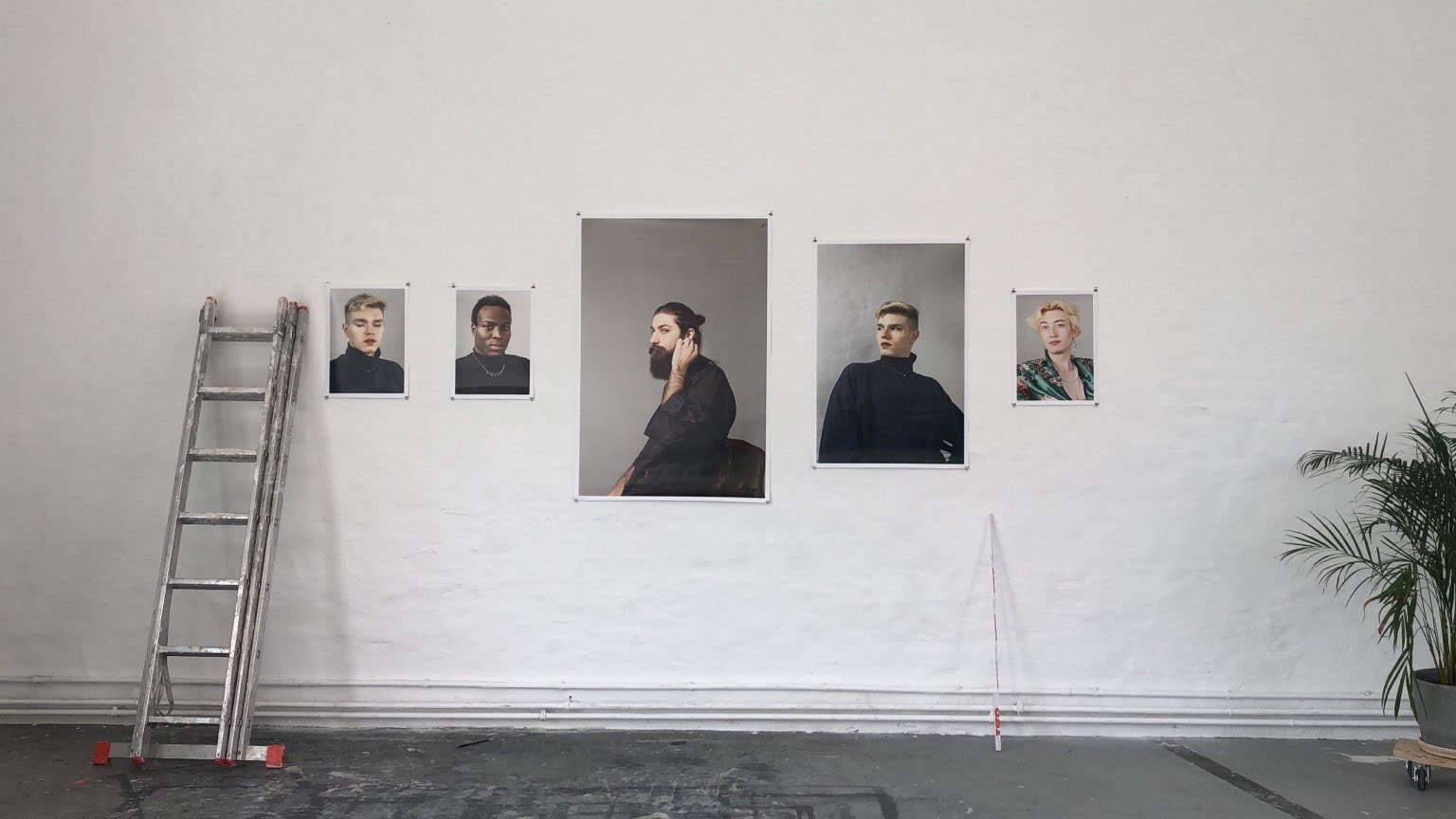 "To see what happens when men have the opportunity to explore their very own »feminine« side within a save space I want to talk about the bachelor project of Aline Pape, a photographer and communication design student at the FH Aachen. She created such a save space and invited a diversity of men in different cities in Germany to have their photo taken. Her intention was to challenge the masculine habitus and the contemporary image of men, which she noticed has been struggling in the past decade. There hasn’t really been any room to explore a different side of being a man. It was important to her that they still felt like themselves, while being able to choose make-up, nail polish and clothing, considered »feminine«, in order to not make them feel in costume. Looking at themselves in the mirror while wearing makeup and experimenting with jewellery most of them positively reported feeling pretty. Interestingly, some of the men later informed her about certain »feminine« appearances they incorporated into their daily life, such as wearing nail polish, or a kimono with a flower pattern, which they wore at home. Aline Pape has created a space without judgement or the loss of status, in which »masculinity« was not seen as the default for men. Where they were allowed to embrace their »feminine« side in terms of appearance. This could be the first step towards raising awareness within men about their reactions towards »femininity«. Although this is only the beginning. Providing emotional education to boys at a young age as well as grown men, can be another one. Reacting empathetic to a man crying, instead of emasculating him and letting boys play with barbies, so that they don’t develop a »fem-phobia« and internalize that kind of misogyny into their everyday life."

urbane nachwelt
↑Back to Top